Once I made the leap to minimalist nature photography, I suddenly found myself needing to focus on specific locations and ideas to execute my vision. Rather than simply find beauty in the scene before me and capture it, I had to more-carefully consider the background and setting, colors and textures — far more than I previously had.

As I recalled what drew me to nature photography in the first place - the lavender fields of Provence and the tulips of the Netherlands - what struck me was that I feel at home when there is a harmonious array of similar tones in front of me. Rows and rows of purple fields. A million red tulips with their tips aligned. I was struggling to put that same feeling into Africa, and then I remembered hearing about the flamingos.

I was desperate to get out soon after I made this revelation, and the time of year meant I would have to focus in the alkaline lakes region of central Kenya. We were living through yet another Covid lockdown and we were confined to a five-county area but thankfully the lakes were just inside this quarantine zone and the hotels had reopened for tourism. My friend and I booked our trip early in the week for the following weekend confirming with the hotel that the flamingos had been on the lake that week - but of course there was no guarantee they would stay. We make several backup plans - if there were no flamingos, we could try one of the other nearby lakes. We could just do some safari game drives in the area. We could just make it a girls weekend without any wildlife.

After two hours of driving from Nairobi, we pulled off the highway and a cloud of pink met our eyes, transforming the lake before us into a cotton candy paradise. The excitement in our car was palpable, the event we had not dared to hope for was here. The flamingos were here.

Not only were the flamingos here, but my dreams of creating these minimalist photographs with swaths of pink color would be a reality - there were more flamingos on the lake that weekend than had been seen in years. We spent the afternoon with them, watching the masses of pink birds swell and thin, gather and disperse, settle and fly. The sounds and misty atmosphere created a magical almost dream-like scene that is difficult - even a year later - to put into words. It was as if I had been transported into another world. 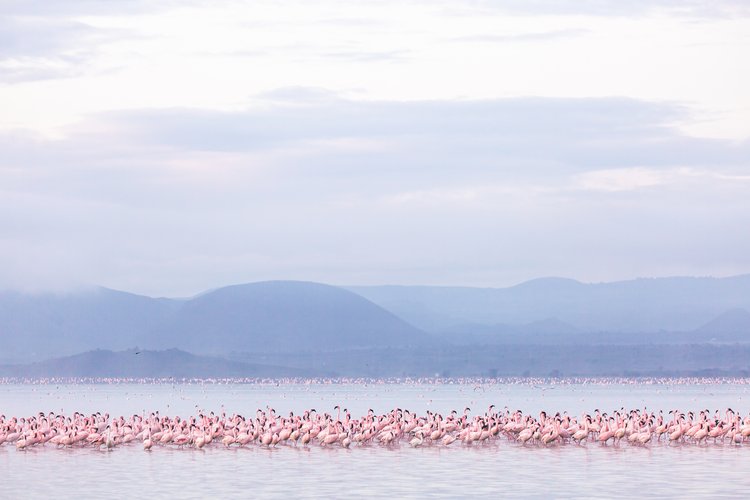 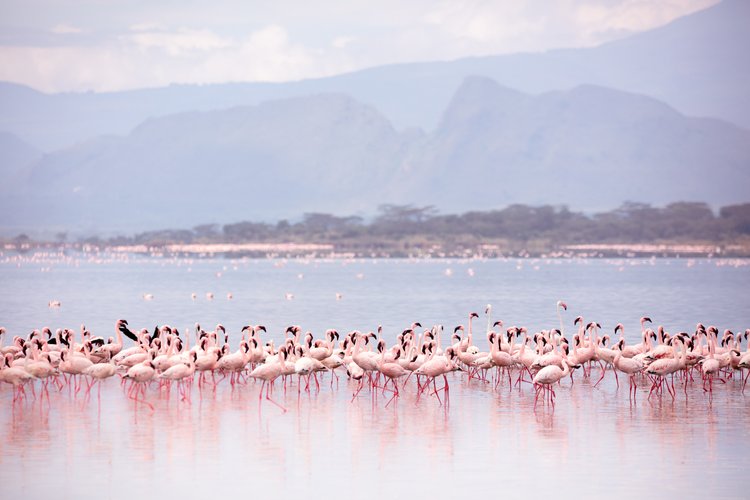 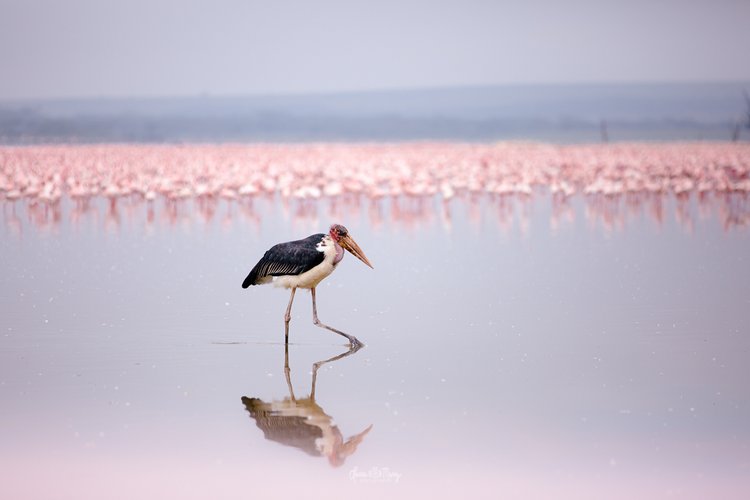 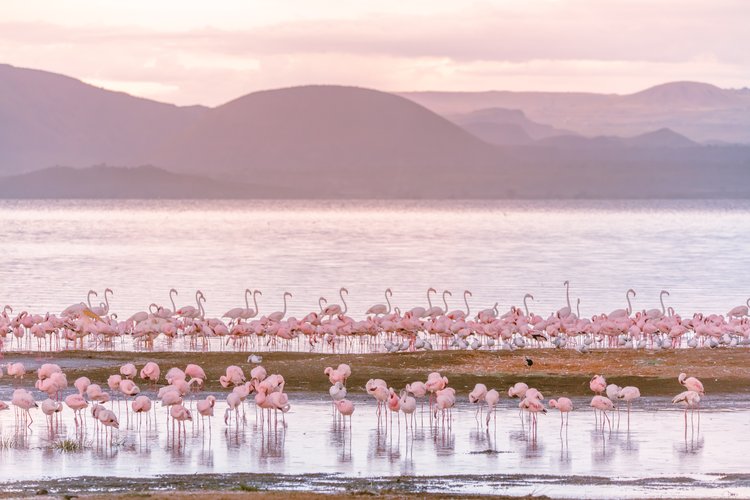 After capturing some of the vistas and reflections, I turned my sights on looking for a distinctive bird or group of birds in flight to contextualize the massive flamboyance of flamingos. I would get my chance with a Marabou stork the following morning, but this afternoon I focused on the flying groups. As a few birds would rise and settle on the other side of the lake, I set my camera and waited. I watched several groups of flamingos go by until I found three who were flying in perfect harmony - equidistant and in a single plane - before firing a few shots. It was a combination of sheer luck and planning that the shot came together the way it did.

We were cut short that evening by a massive rain storm and headed back to the lodge for a relaxing dinner. Throughout the night I tossed and turned, unfamiliar with the extra space in the bed caused by the absence of a child and a husband. There was no snoring dog beside the bed to comfort me in the darkness. Just the low grunts of hippos just beyond my door, the sounds of them pulling grass from the ground.

We woke early to be at the lake before the sun rose, stopping only briefly to see a few lions who had bedded down near the lake. Our guide seemed content to just stay with the lions, but we implored him to get to the lake to catch the orange-pink hues reflecting off the lake at sunrise. We just barely made it. Thankfully with the overcast day, despite not having much time with sunrise color, the soft tones stayed around and allowed me to work with the light more leisurely.

By the afternoon, I was getting tired and struggling to find new compositions. It was heavily overcast now, and the sky had taken on a flat uninteresting form. I decided to try some in-camera movement with a slow pan. I hadn’t brought my monopod, so I was at the mercy of my caffeine affected hands as I swiped the camera left and right. The resulting shake created slight textured lines across the canvas of the frame and a thick smear of pink emerged against the blue tones of the lake, a painterly effect created entirely by light. 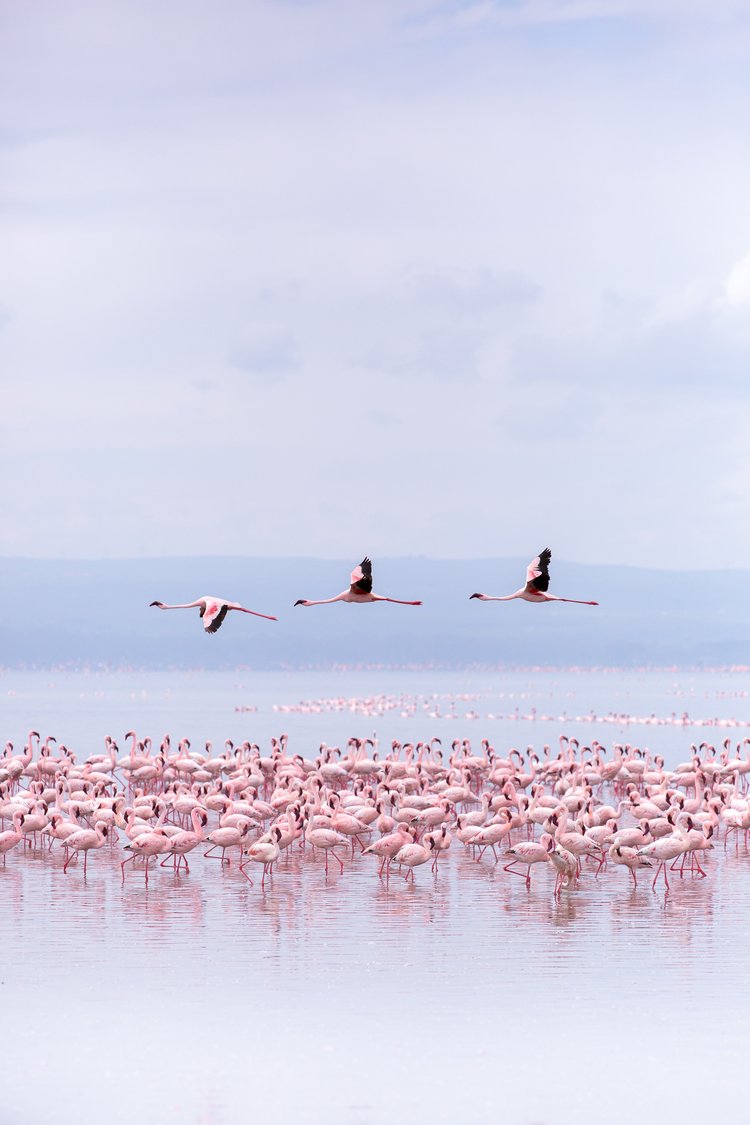 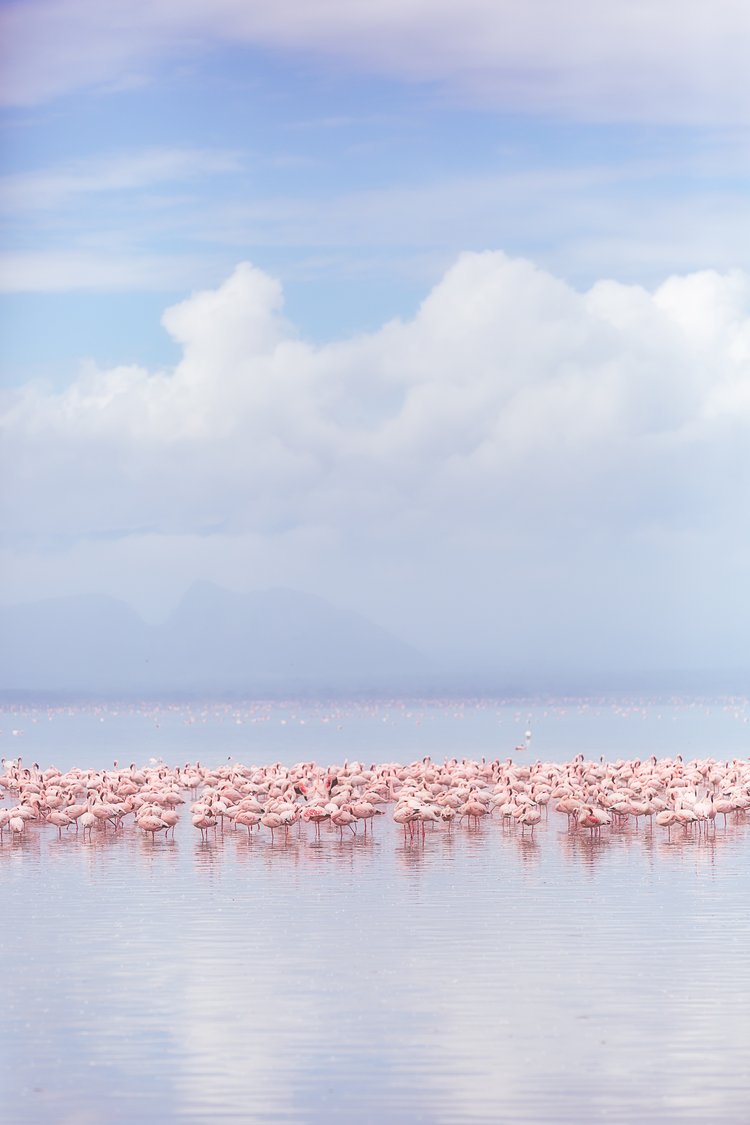 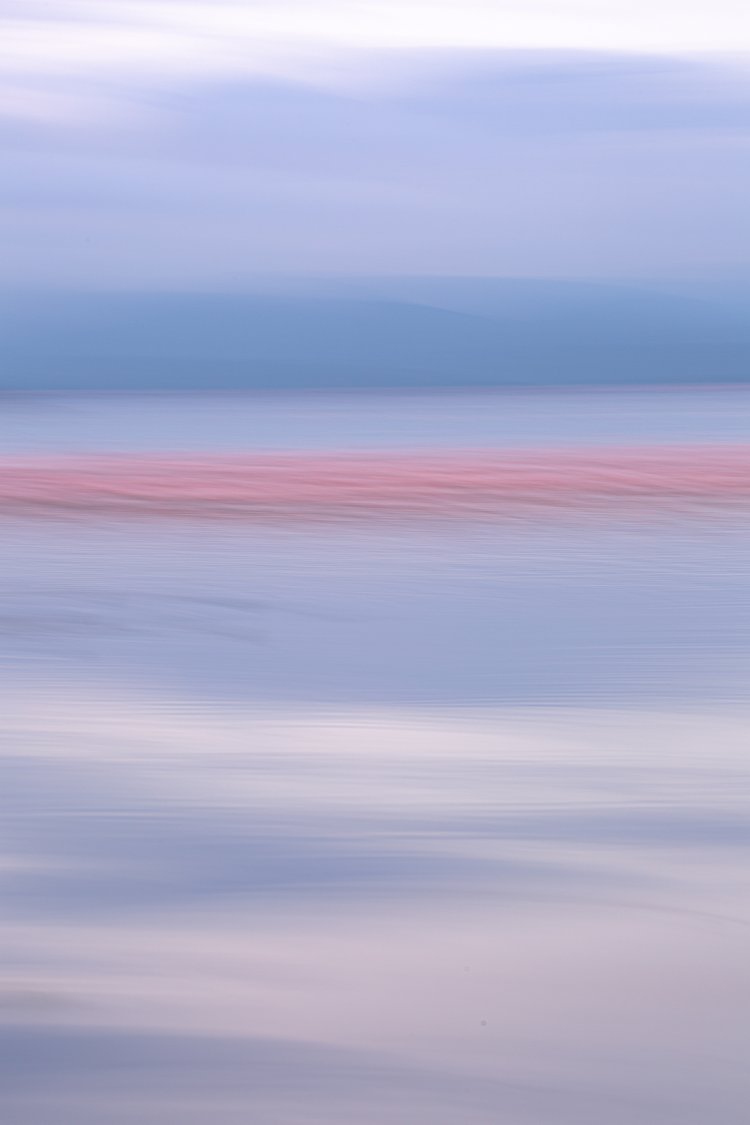 While all of the photographs I’ve shared from my weekend with the flamingos have a special place in my heart, Three Flamingos Flying is a standout favorite, giving a sense of magic and wonder from a scene too beautiful to fully capture in two dimensions.